Cutlet in general refers to a piece of seasoned meat, dipped in a batter and then fried. Later on they started using any leftover meat from the meal, mincing it and then making rolls and frying them. Vegetable cutlets have become a very popular finger food in India. It’s very versatile because you could pretty much use any vegetables in it and because it’s dipped in a batter and fried, it tastes amazing. 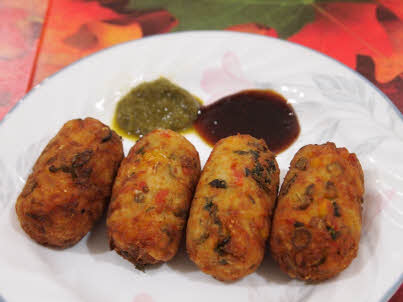