Kutu Ki Puri is the staple food during fast in North India. Since Kutu is warm in nature it’s best eaten with yogurt. Kutu is very high in fiber and a very good detox for the body. 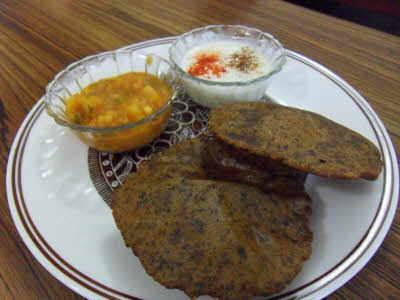